After two weeks of living our lives as a cross between rock stars in the prime of their careers and a nomadic tribe on high doses of ritalin we fell into a coma-like state for 48 hours after Jen and Chris left for Alaska. We didn’t leave our hotel.  We ordered many pizzas to the room and shut-off our brains to rot them away with bad reality TV, (Bachelor) but also started an excellent TV series, The Americans.

A day or so after they left for their 24 hour trip back, I texted Chris and Jen to check-in, figuring they would be zombies and exhausted. They had seemingly gone back to their lives relatively easily, with two kids and jobs.  It was then that I realized that these people are not symbolic machines, but actual ones. I have to imagine raising kids changes you in ways to adapt to circumstance, responsibility but most importantly, recovery.

The two weeks spent with Jen and Chris consisted of six different Thai destinations and eight different beds.  This includes the floor of a tribal hill top village, but excludes time spent sleeping on planes and boats.  What a whirlwind, but what a blast.

Peter and I were in Bangkok for a little over a week until our next adventure began and this time with Andrew.  We would head out to Indonesia (one of my favorites) for world class surf and sand.  But first we would catch our breath. 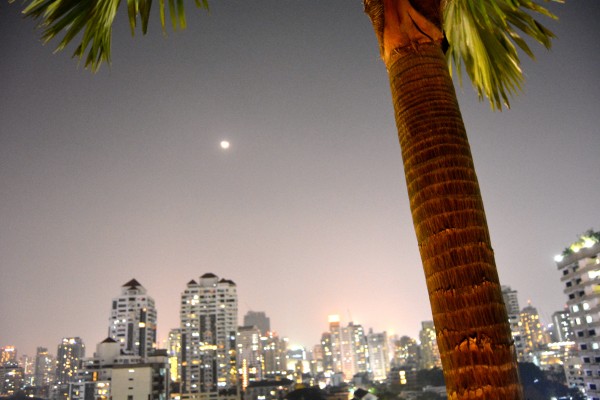 During our time in Bangkok, Peter discovered  a fantastic five-story co-working space called The Hive where he spent the majority of his day.  I stayed at what has become our home-away-from-home, our go-to hotel in Bangkok, Pan Pacific on Thong Lor.  I tried to catch up on the blog and went to the gym everyday in attempt to work off the beers, pad thai and curries that were now residing on various areas of my body.

After a handful of days of hibernation Peter convinced me it was time to join the ranks of the world again.

He knew I wouldn’t say no to what he described as the “best Mexican food in Bangkok,” La Monita.  He was right about that.  The restaurant has a salsa bar. Sign me up.  Chips and salsa is a Mexican masterpiece and it was sitting out in a variety of colors, spices, and flavors at La Monita.  Self discipline went out the front door.

Fast forward a few hours and Peter and I are sitting with Andrew at a bar called Wine Republic. Suddenly I knew something was off.  And it wasn’t Andrew’s recap stories of what happens to him when left to his own devices in Bangkok for 2 weeks.  It was the churning of my stomach and the feeling that someone was stabbing me in the gut with a sharp object.  I told the guys we needed to get the check and in a fog-like trance we walked a couple blocks back to our hotel. At some point in what felt like an impossibly long elevator ride to our room I realized that something was coming up along with the elevator. I sprinted to our room and with mere seconds to spare made it to the toilet for one of the most violent bouts of food poisoning of my life.

I guess I wasn’t ready to join the ranks of the world.

The weekend before we headed off to Indonesia I attempted to rejoin the world and this time was more successful.  We enjoyed a fun night with friends that started off with dinner at Quince.  Andrew invited his good friend, Preeti who was a welcome addition.  I instantly liked her because she smiles easily, has porcelain skin that I want to nestle, and gives Andrew as much crap as I do.

Our friend Teddy also met up with us and extended an invitation to a “party” at his friend Ravi’s house.  We didn’t have too much planned for the evening so why not? The “party” turned out to be approximately two other people.  In order to entertain myself, I selected Teddy to do some team yoga.  I chose him because of the direct and total contrast in body verticalness between us.

Notice the “party” in the back. 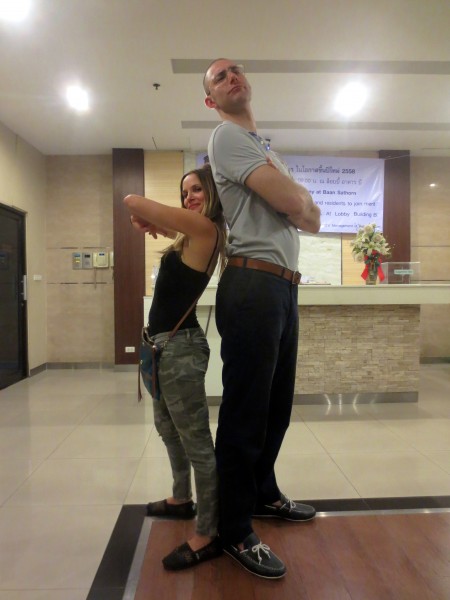 Teddy did prove to be an excellent yoga partner.  Although technically this move is the airplane, not so much yoga.  Andrew also joined us in spirit. 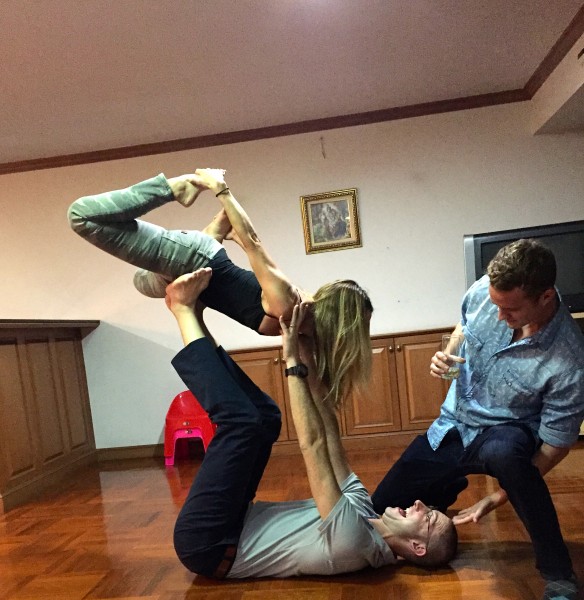 Afterwords I compiled a game of charades with Peter and Andrew against Teddy and Ravi.  Ever since New Years and our 6-hour long game of charades, its become my go-to game to spice up an evening.  Teddy proved to dominate and be the secret weapon of the night. He later shared that, as a teacher, he plays a lot of charades with his students.

We capped off the night by stopping at a bar with as much infamy as any in Bangkok, Wong’s.  It was offensively crowded and the owner was yelling at everyone with a mega-phone that didn’t have a drink in their hand.  I quickly realized that the “party” at Ravi’s was the highlight of our night and it was time to go home.

I was geared up for the next day because we were going to my first ever international concert and the headliner was…Michael Buble!

I was pumped! Peter was well…being a really good husband by getting us tickets.

He was not half as thrilled as me by the entertainment, but excited that I was excited. 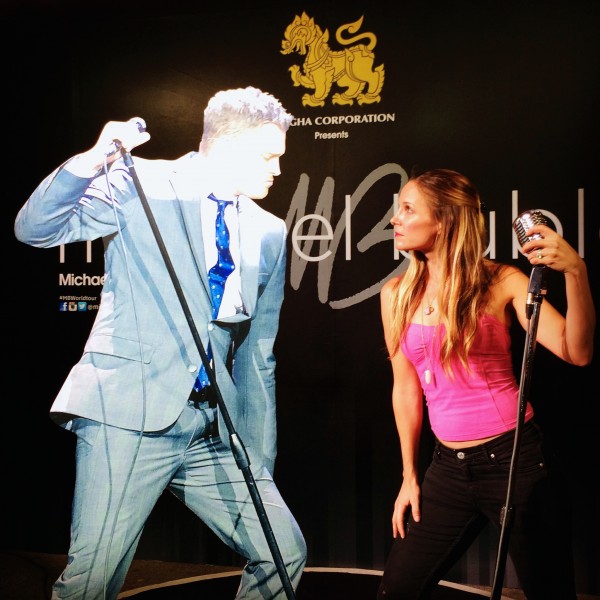 It was a tremendously fun date night.  We sipped on beers, listened to melodic music, all while being surrounded by a stadium full of Thai’s singing and dancing along with Michael Buble. .  I would have bouts of confusion feeling like I was in Los Angeles at a concert at Staples Center then look around and realize that we were actually on the other side of the planet.   When the song “Home” came on I especially swayed to the music and thought about our roots back in the US

Another aeroplane
Another sunny place
I’m lucky, I know
But I wanna go home
Mmmm, I’ve got to go home

I’m fortunate and “lucky” that being with Peter is like being home and although every time we head back to the US I am beyond ecstatic. But at that time, while listening to the Canadian crooner, I wasn’t yearning to be home so to speak.  We had Lombok and Bali on our radar, two incredibly beautiful destinations.

Our last day in Bangkok we tried to strategically plan a very early bedtime because we needed to be at the airport at 4:00 AM.  To execute this plan we started by grabbing dinner at 5:00 PM in the MIddle East district with Andrew.  We game planned our next couple weeks together.  There would be surfing, working…and that’s about as far as we got. 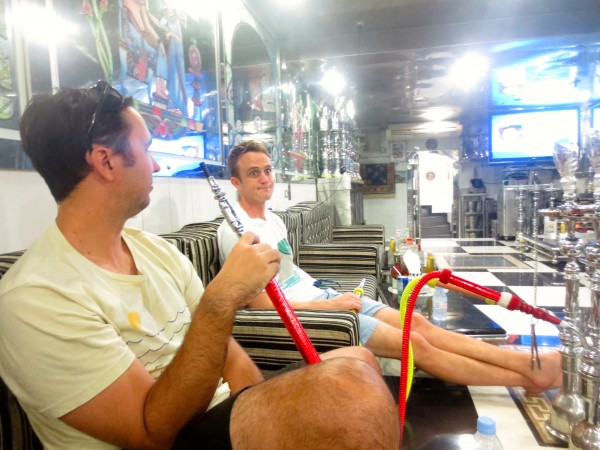 The next part of our plan of getting to bed early consisted of shutting off all the lights and getting under the covers around 8pm, about 5 hours earlier than normal.  I checked my phone for anything important on Instagram (sarcasm) before willing myself to sleep.  Unexpectedly there was something important on my phone.  I received this text from Peter’s Mom:

“Congratulations! You won the $100 prize from Lisa’s shower.  Baby Luke is here!”

Our nephew had been born, he has a really cool name, and he made me $100 richer (guessing the birth day)! So sleep was not in our future.  With adrenaline pumping we went back and forth on texts to find out what information was known at the time.  Pretty hard to get to sleep when you just found out a relative has been born. 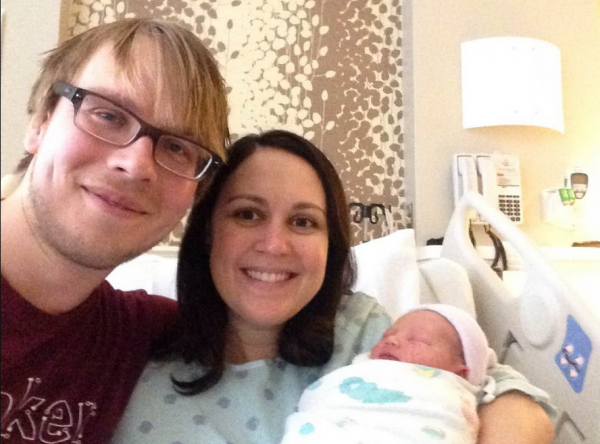 I’m not one for bragging, but come on – this is a cute family.

We managed to get a few long blinks on sleeps before our alarms started firing and we were off to the airport and checking into our flight to Bali. 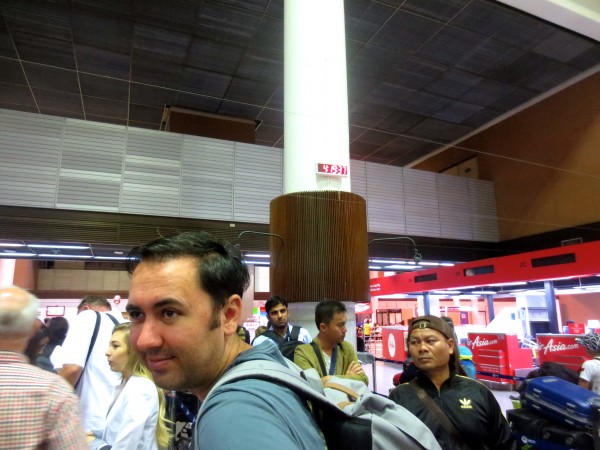 Notice the time on the clock (4:19am) and all the really unhappy faces.

Before boarding our plane we made a stop for a nutritional breakfast.  Two-against-one where we ended up.  Traveling with young men is not safe for your carbohydrate intake. 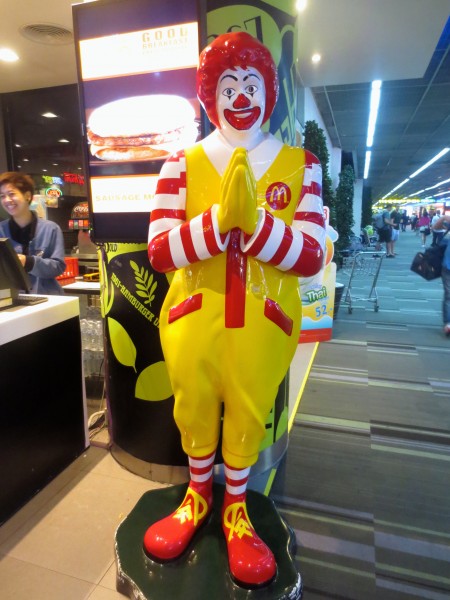 Ronald McDonald doing the wai always amuses me. His black-bags under the eyes also rivaled our groups that morning.

After our rest stop in Bangkok we were refueled and were ready for our next adventure in Indonesian waters.  First stop, the unspoiled, unparalleled surfers dream that is Lombok.

Here’s to Luke, who showed up early to jump start his adventures in this world. 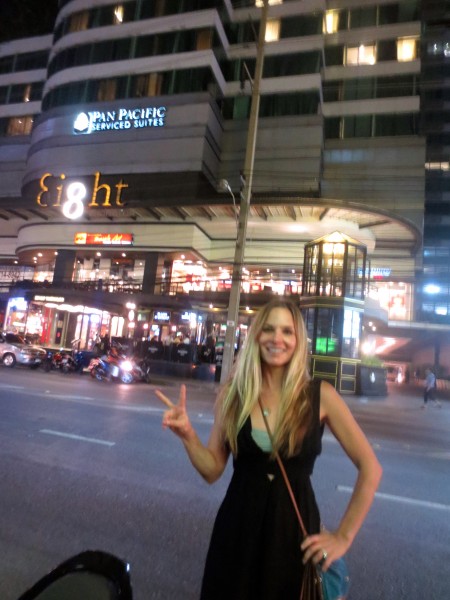