After a slow pace in Manila we hit the ground running when we touched down in Bangkok.  We had friends in town and more friends coming through during our stay.  The next few weeks proved to be some of the most entertaining I’ve ever known.

Our very first night back we met up with Andrew and Brendan (at Sabai Jai Gai Yang on Ekamai) where we heard about their surf trip to the Maldives.  Additionally they regaled us with stories of late night Bangkok shenanigans. 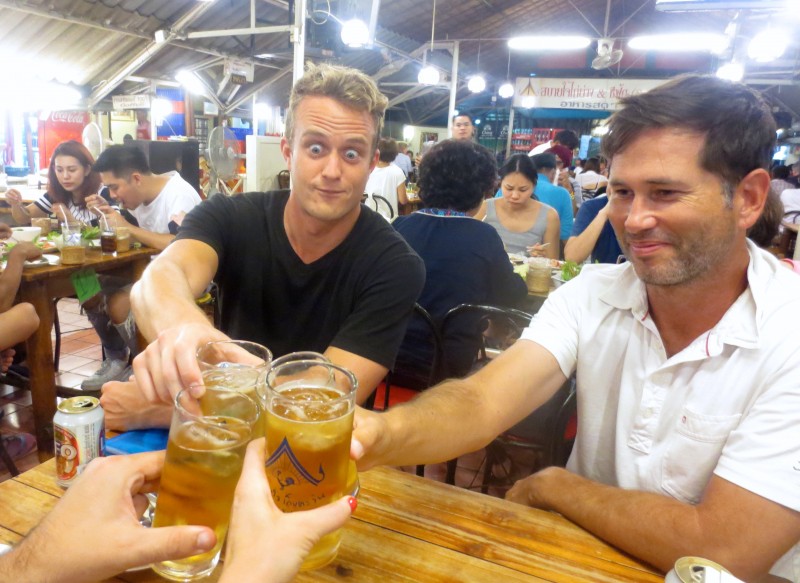 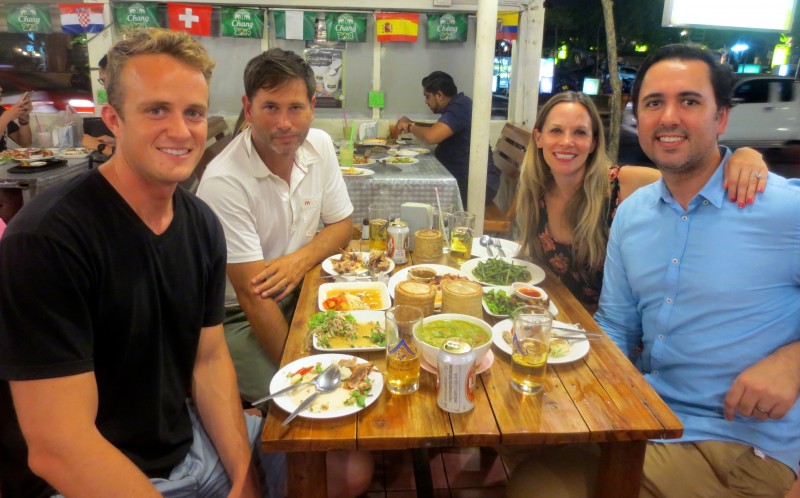 They serve it to you over ice and sometimes with a straw. This might sound odd to a beer connoisseur, but Thailand is hot and humid and beer being served this way is a little bit of liquid heaven when you need to quench your thirst. There are dozens of explanations on why ice is served with beer that range from keeping beer cold, to getting two glasses out of one beer as the ice melts to water and elongates the drinking experience per beer in a country that is still developing and people are very conscientious of costs. 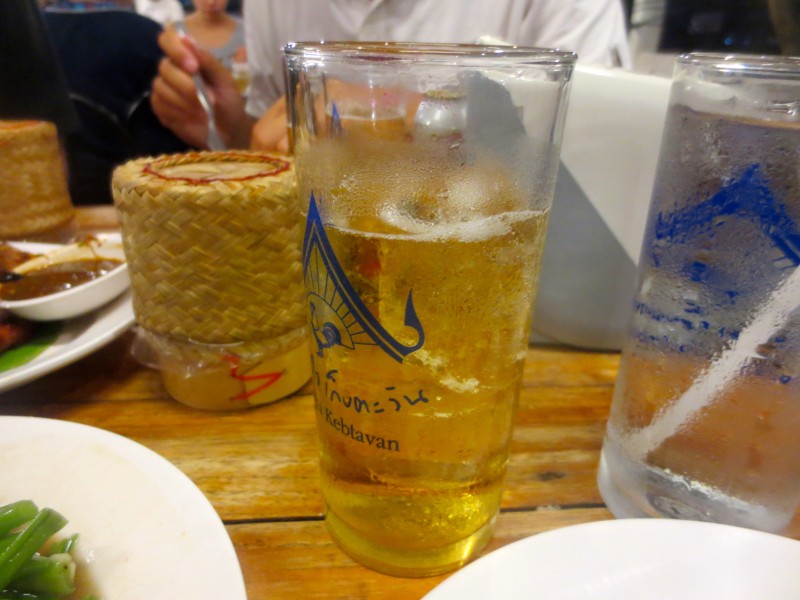 During our time we put together a motorcycle gang which was so elusive and exclusive that the actual gang members didn’t know they were a part of it.

One day Peter says to me, “I was hoping to get the motorcycle gang together and go explore new areas in the city.”

“Motorcycle gang, huh? Who’s in it?” I replied.

Peter, in a matter-of-fact tone, quipped, “You and Andrew” Neither one of us were aware of this.  In time the motorcycle gang became a reality and there’s even a name – JRCG.  I have no idea what that stands for and the guys won’t tell me besides the CG standing for “chopper gang.”  Chopper Gang is a hyperbole.  Scooter gang would be much more appropriate. 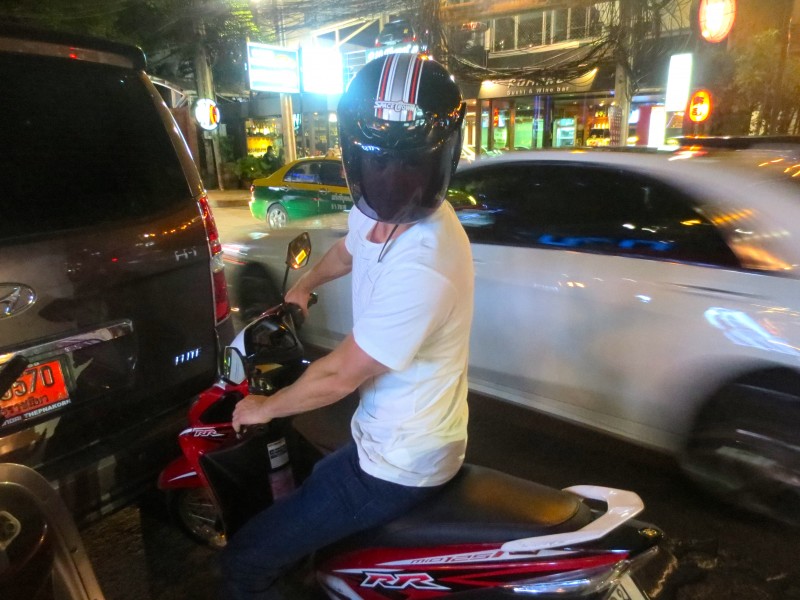 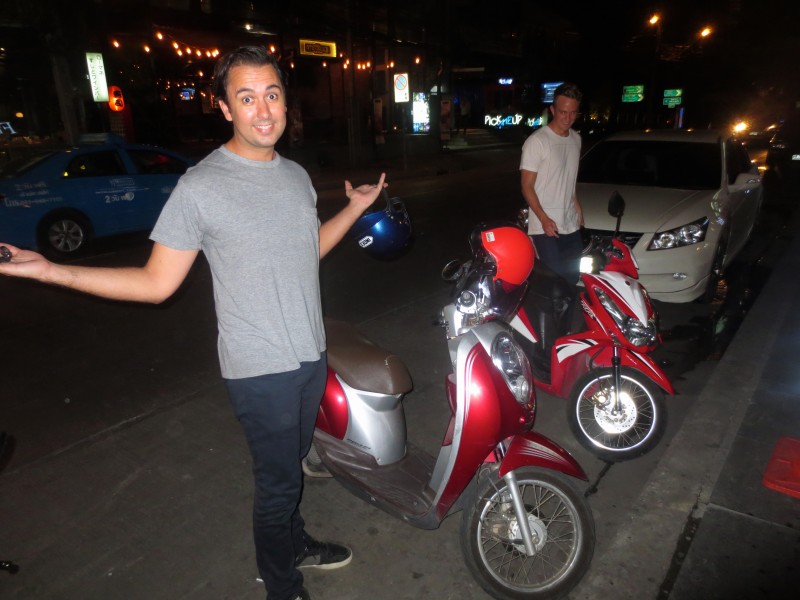 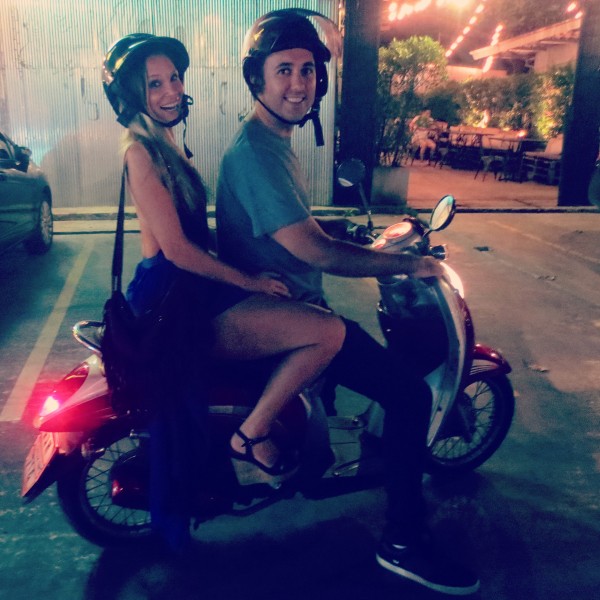 Inarguably the two most entertaining and fun people that came to Bangkok were Nick and Jacob.  They were coming in hot on their way to a wedding in Japan.  They went full throttle, head first into Bangkok.  It was so much fun to see Bangkok through the eyes of two people who were visiting for the first time and loved what they were seeing and experiencing. 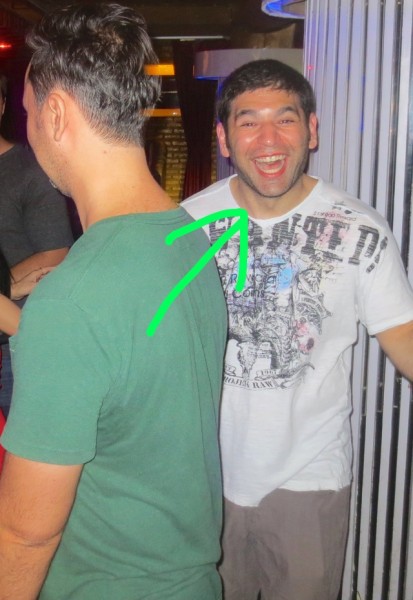 Just going out to dinner with them and hearing about their take-down of Bangkok was mesmerizing and had all of us captivated/exhausted. 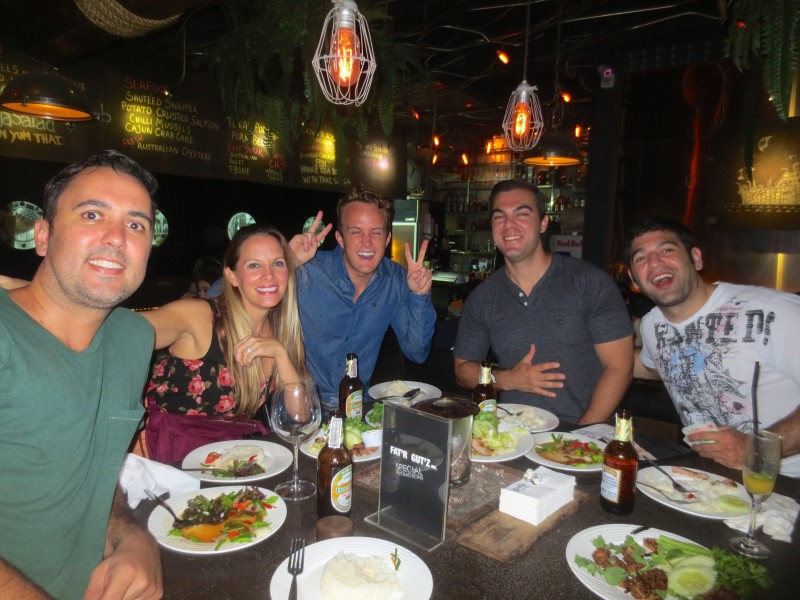 In less than a week they did and saw more than I think I have in all my times combined.  Here is just some of the following that we either heard about or experienced with them. 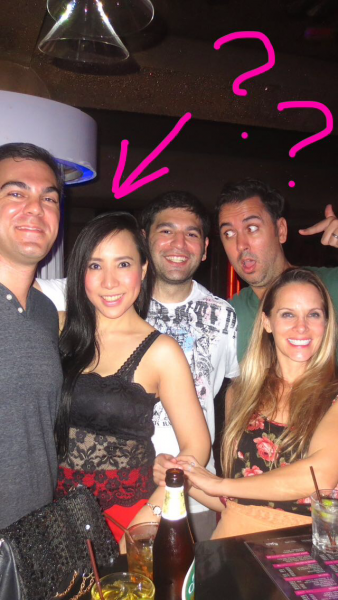 These guys were AMAZING.  We would be so tired and at home for the night, but when we heard Nick and Jacob were going out we would force ourselves to meet up. It was probably the only time I have experienced FOMO (fear of missing out).  If these guys were out I didn’t want to miss is.  Thank you Nick and Jacob for providing us with endless amounts of entertainment and fun.  We are still talking about you guys 6 months later.

We also did some more normal things.  We saw our friend Preeti frequently. 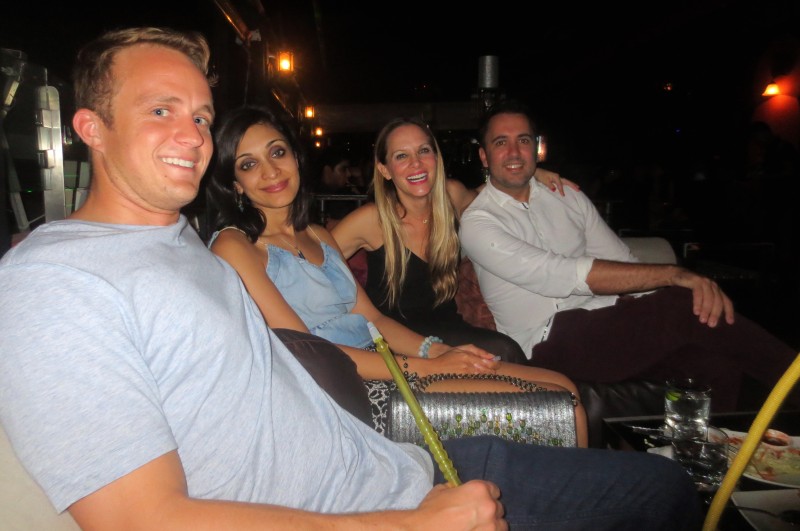 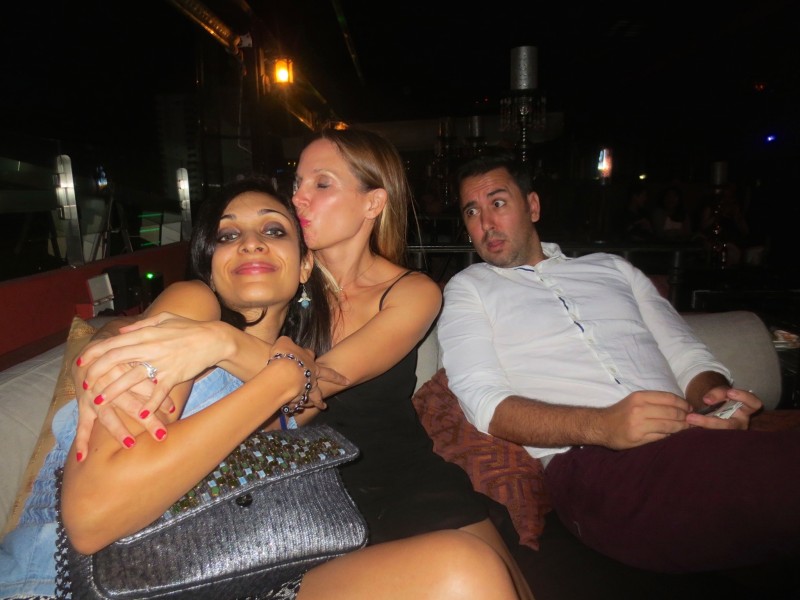 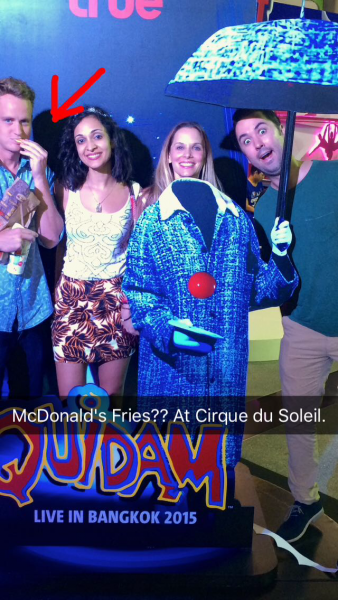 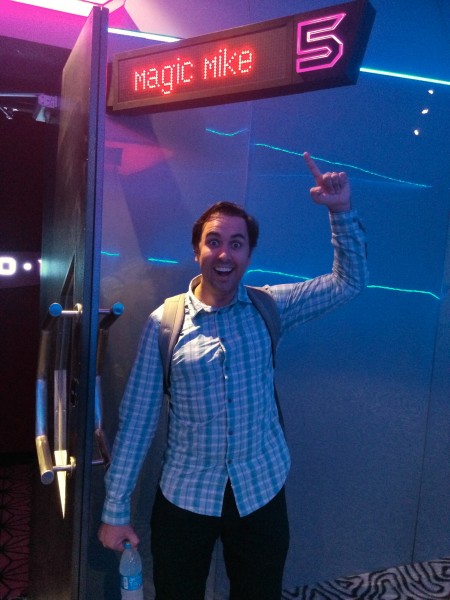 We hung out with our friend Jostein and I was introduced to his girlfriend at the time, Guk.  Now they are expecting a little boy and are engaged.  It’s incredible how much can happen in 6 months. 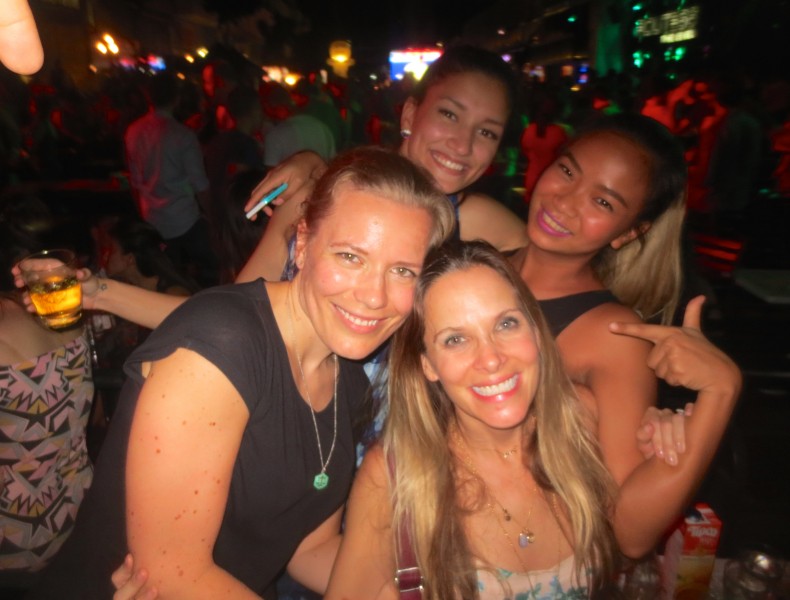 We celebrated Andrew’s birthday with a great group of friends where we enjoyed some delicious Italian food at Peppina.  This night also marked my first experience with Bangkok flooding.  Ever since I have known Peter he has had a bit of a quirk with rain.  He seems to get fixated by thick, dark clouds and potential rain storms.  I realized why on this night.  If it rains hard for an extended period of time in Bangkok then flooding occurs.   This is because the city isn’t set up with a sophisticated drainage system.  When this happens you can get stuck for hours as traffic edges to a crawl— making catching a taxi impossible.  It flooded on this particular night.  Although, considering we were celebrating the birth of one of our most favorite people, it didn’t matter. 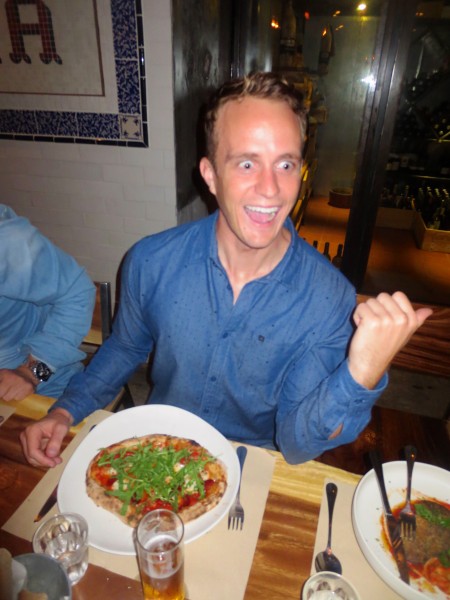 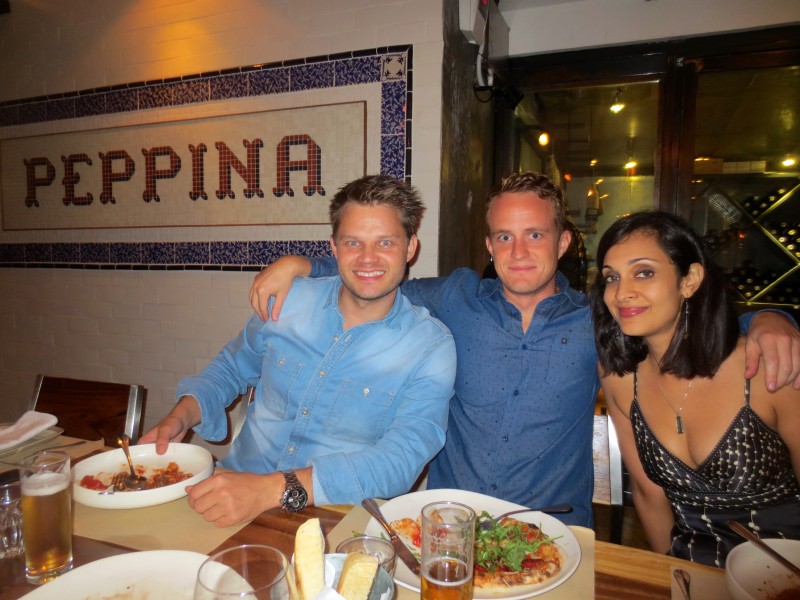 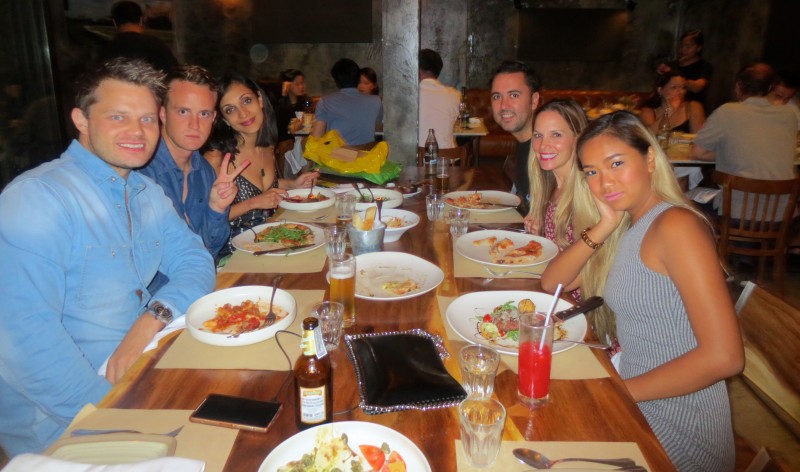 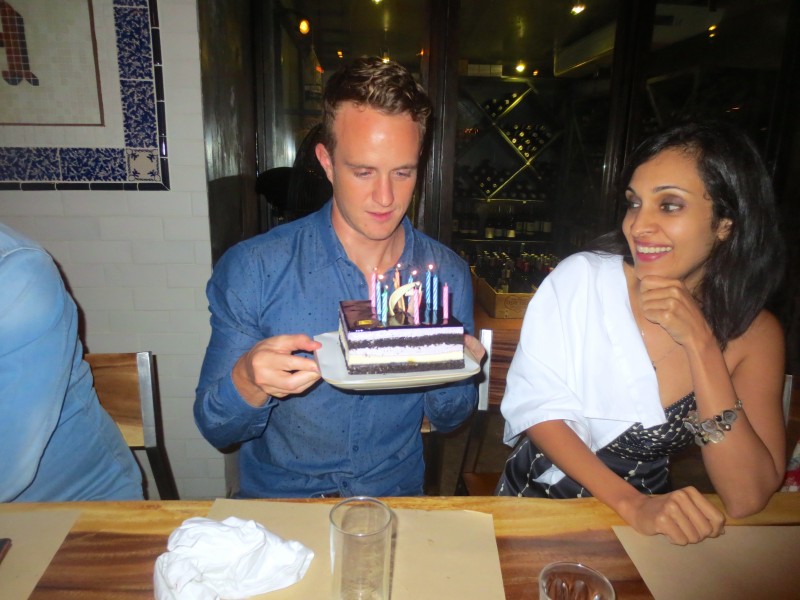 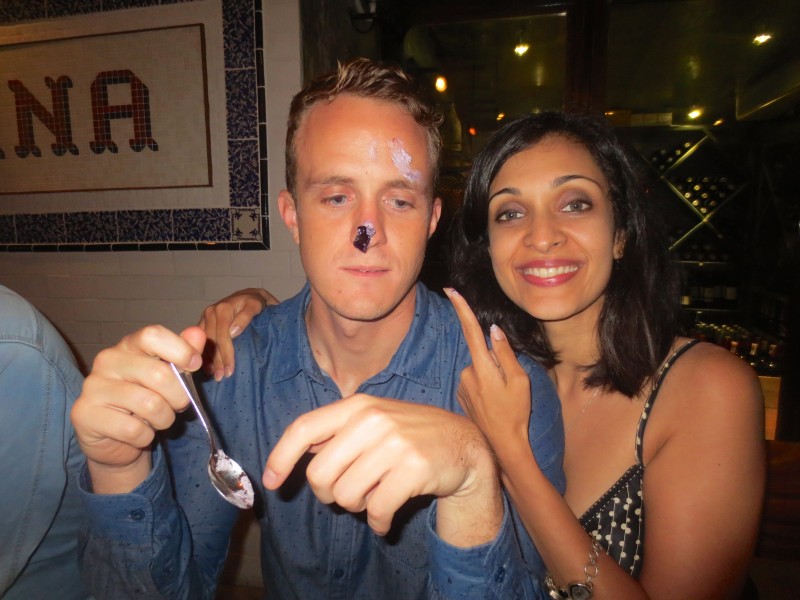 Here is an example of what those stressed induced clouds look like. 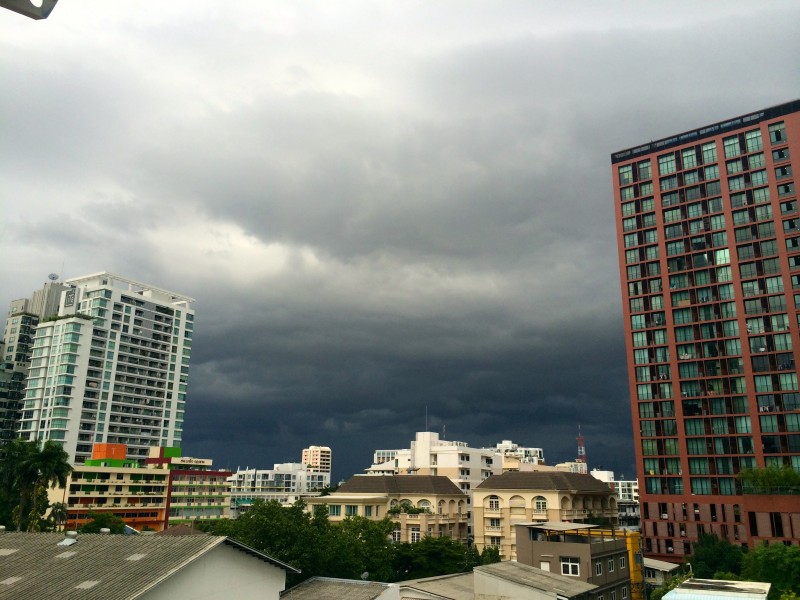 One day Peter, Andrew, and myself ventured out to see what life would be like outside of the Thong Lor bubble.  We decided to visit the Ari neighborhood.  In a nut shell there was a torrential downpour.  We ate at a Mexican restaurant, Casa Azul, where they were out of just about everything and the margaritas were no beuno.  Rain on me fine, run out of food fine, but bad margaritas??  I asked the waiter to take our picture and I think it really captures the essence of that day. 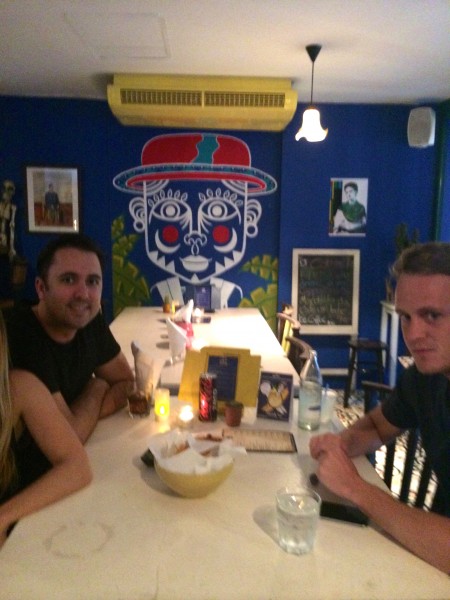 After dinner we threw in the towel and high-tailed in back to Thong Lor.  Lesson learned – never leave the Thong Lor bubble (kidding!)

As always Bangkok was so much fun.  Andrew, Peter, and I especially had a riot of a time together and became really close.  Well Peter and Andrew were already really close, but I had now officially invaded/joined their bromance.  I feel so grateful that I enjoy Andrew as much as I do.  Peter and Andrew were travel partners before I came along.  Now many times, it’s the three of us.  We’re very lucky to be able to travel as much as we do together, be such good travel companions, and always have such a blast.  It’s not something any of us take for granted.

“We’re the three best friends that anyone could ever have.” —excerpt from the movie The Hangover 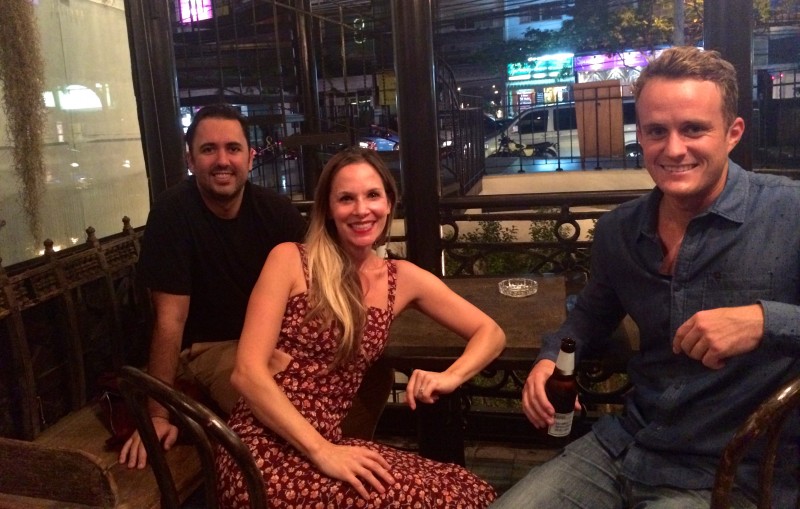 Here are our feelings on leaving Bangkok.  Taken the night before we left. 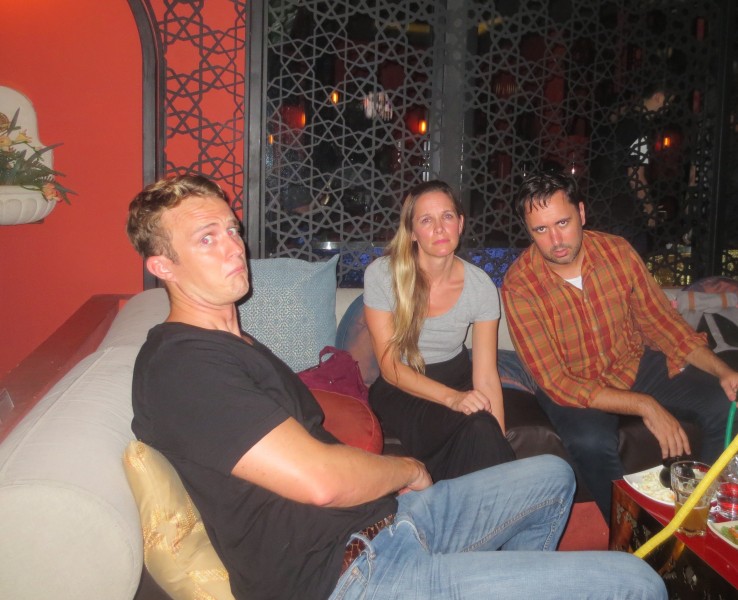 As always thanks for reading about our world travels. XOXOXO

And happy Birthday to this gem of a human. 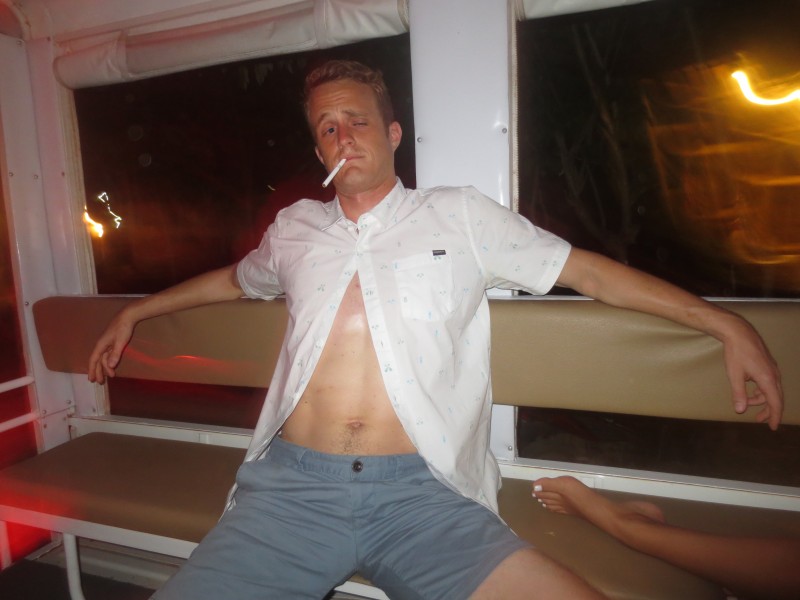