After nearly three weeks in Indonesia we took a brief time out in Manila where Peter and Andrew caught up with their staff and work.

One of the best things about going to Manila is that we stay at the the luxurious Peninsula Hotel (pictured below).   Walking into the lobby alone makes you feel like you have stepped into a world of grandeur with extreme vaulted ceilings, white marble accents, and a large winding staircase leading to an orchestra playing on the mezzanine.  It’s a fancy feel without being ostentatious which is hard to pull off with an 8-piece orchestra that serenades the lobby throughout the day and evening.

There is a lot of business history for Peter at this hotel and its one of his favorite places to be. 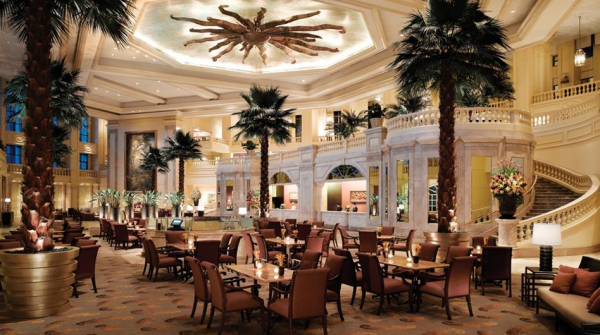 The Peninsula Hotel is conveniently located in the heart of Makati, the financial center, and positioned diagonally from Manila’s Greenbelt Malls. Its more community than mall with five shopping centers, all kinds of retail therapy, restaurants, bars, movies and most surprisingly, a huge Catholic Church in the middle of it all.

While the guys dug deep into work needs I enjoyed blogging, reading, the Peninsula gym, and the Greenbelts.

I mentioned the history of the Hotel for Peter and its a mixture of nostalgia and grief.

His recently deceased business partner, Tod, was used to the finer things in life having grown up in affluence. He would always insist that they stay at The Peninsula when visiting the staff in Manila. Peter guesses that he has raked up over 100 nights at The Peninsula over the years and one tradition upheld almost every night with Tod – dinner in the lobby.

They convinced each other that the lobby had the “best” spaghetti bolognese on the planet and later found out that the chef imports all the pasta and ingredients from Italy. They would eat great food, enjoy the melody of the orchestra while celebrating the successful days of work, but more importantly, plot the future.

And instead of turning his back on the hotel after Tod died, Peter embraced the flood of memories that comes with re-visiting. I can tell that his mind is in a cloud of nostalgia after winning a plea to have yet another dinner in the hotel’s lobby, all smiles.  Peter manages to mask his sorrow while we are here and keep things positive, but I know it’s always a bit below the surface.

On this trip, in hopes of creating an alternate tradition, Peter, Andrew, and I would meet for lobby dinners and reminisce about a good man and laugh over legendary stories.  It was also at this hotel where I met Tod for the first and unfortunately only time.

We celebrated Valentine’s Day while in Manila.

Nothing screams love and romance like the urban jungle of Manila with its over-population, extreme heat and armed guards at every entrance. Not quite the beautiful beaches of Bali in which we just departed, but I could sit with Peter in a cardboard box and have a blast.   It actually makes me laugh out loud envisioning us tucked into a small cardboard box.

We started the day with the Peninsula breakfast buffet.  A buffet with an unbelievably large and impressive spread.  Filled with a variety of international breakfast cuisines.  It’s one of the best and most dangerous things to the waistline about being at this hotel.  Plus they have fresh coconuts just sitting out.  I could have three if I wanted.  Peter made me refrain because we were in a fancy place where table manners exist, but I thought about it, more than once.

The next portion of our Valentine’s Day together was appointments at the spa.  A nice hotel like the Peninsula has a luxurious spa to match.  We both enjoyed a couple hours of being pampered as well as taking advantage of the sauna and steam in the locker room.

Next up I hit the Greenbelt Mall in search of a Valentine’s gift for both Peter and myself.  I ended up with a pair of wedges and a skirt for our date that night.  I ended up getting Peter a shirt from Zara which turned out to be a good choice as he wound up receiving a number of compliments on it. 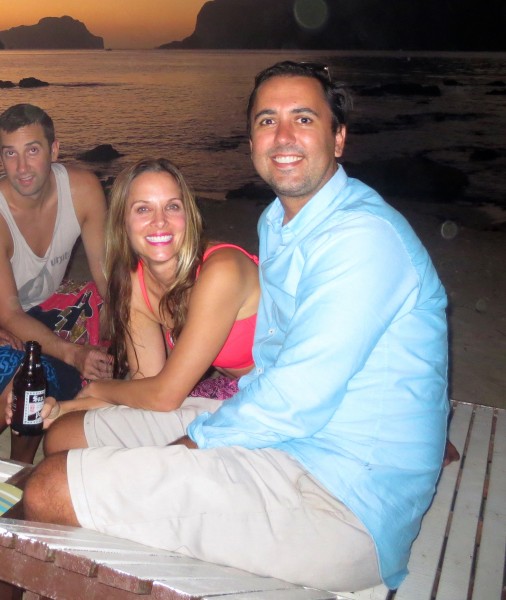 What I was really excited about was what we had up next on the agenda and that was watching the just released…50 Shades of Grey! Peter was definitely less enthused, but always excited about my happy quirks.  I have to admit.  I read the entire trilogy.  I know I wasn’t the only one.

The movie was alright.  Entertaining enough.  I did feel that Dakota Johnson did epitomize what I thought Anastasia Steele would look and act like.  It was different watching the movie in a conservative Christian country because many of the nudes scenes were either black boxed or shaded out.

For dinner Peter found a popular Italian restaurant, L’Opera where we were served a four course meal and splurged on our favorite celebratory drink, Veuve Clicquot.  It had been awhile since we had delighted in this bubbly drink so I was relishing in every mouth tingling sip. 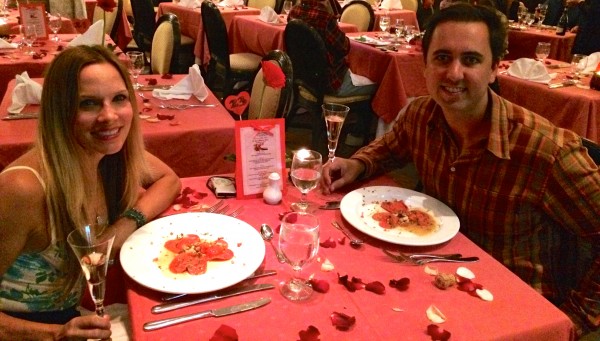 We ended our day with something Peter and initially bonded over when we first met… our love for chips and salsa.  Especially the chips and salsa at Chilis.  Chips+salsa+margarita =’s heaven is a place on earth. We could only laugh at ourselves for caving into an American suburban sanctuary in a foreign land, but well worth it. 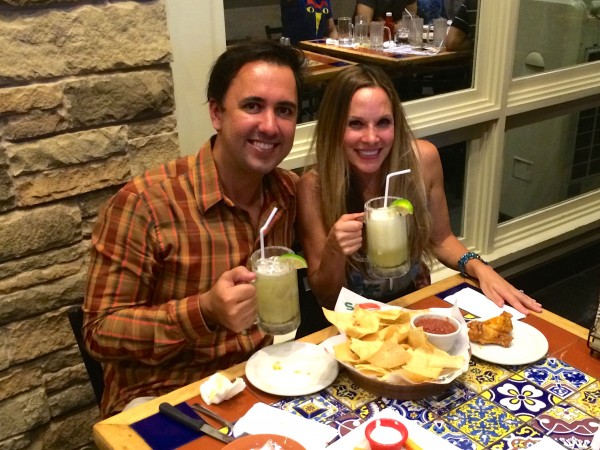 The day wasn’t going to be topped after that so we called it a night and a successful first Valentine’s day as a married couple.  Here is to many more of those.

Our next travel journey would take us to the much talked about waters of Palawan.

An unspoiled area of the Philippines that has received a lot of recent buzz for boasting the most beautiful beaches, maybe in the world. The three of us were joining our friends Greg and Nadia for this adventure who were traveling from Singapore over the Chinese New Year holiday.

We kicked off 2015 with friends  and I was humbled that the theme of being joined by friends was continuing.  I am very grateful for that.  To share in all these memories with the people we love.

If you are reading this.  Book a flight and join us.  I’ll buy you a bottle of Veuve Clicquot to celebrate. xoxoxo 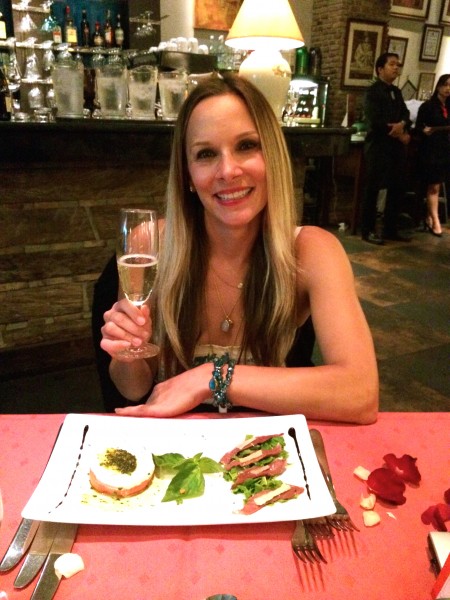