I never thought Bangkok would be my second home

For years Thailand had called to me.  Countless friends and strangers had brought up the magic of Thailand in a number of different conversations.  Being a universe listener, I decided 3 years ago to trust my intuition and with hopefulness boarded a flight to the Land of Smiles, Thailand.

Ironically enough just about everyone sang the same advice when it came to Bangkok, “Get in and get out.” In so many words people described it as crazy, dirty, polluted, hectic and overwhelming with not a lot to offer.  Maybe not the best place for a solo female traveler based off those descriptions.

Admittedly, the advice I received at first glance seemed accurate.  Judging a book by it’s cover, Bangkok did appear hectic and overwhelming.  I distinctly remember feeling like I had landed on a different planet.  But that’s what I loved about it.  Getting pushed out of my comfort zone.  That’s where the magic happens.  That’s where growth, learning, and change occurs.

After a while and once I scratched the surface of Bangkok, that first impression quickly dissipated.  Since then I have seemingly fell in love with it.  The heart and soul of Bangkok offers a calming, soothing, and zen-like energy.  Bangkok is an enigma like that.  Peter and I have talked about this quite a bit.

While in Bangkok we both feel calmer and less stressed.  When we go back home to Southern California our stress levels go up.  We find ourselves running around quicker and more intensely.  It’s the pace and energy of America vs Thailand.  I don’t want this to be confused with any sort of dislike for our home or that either one of us faces unmanageable stress in either place.  I absolutely love our lives in California and wouldn’t want to live anywhere else in the world.  It’s just an honest observation of the differences we have felt in the two contrasting places.  I’m certainly not knocking the pace and energy of the US.  It’s that energy and pace that has created the invention of the light bulb, airplanes, television, industrial robots, the internet, Beyonce, rap music, and many other dope things.

That first trip to Bangkok, three years ago, was when I started to fall in love with Bangkok and for all intents and purposes with Peter too. The first time we ever really hung out was on that trip which only further solidifies my love for Bangkok.

Even though I have a strong affinity and affection for Bangkok, I still couldn’t see myself living here.  I’ve asked Peter many times, “How have you lived here for this many years?” He’s approaching 10 years since first arriving in Thailand. Whatever you resist, persists and I have come to know Bangkok as a second home.

This trip would have us staying for just about two months straight—the longest amount of time consecutively for me.  Although we did make two visas runs due to Thailand’s 30 day visa policy for tourists.

Life became a little more normalized.  We weren’t changing locations and beds every few days.  We checked in at the Pan Pacific on Thong Lor and made it a home. 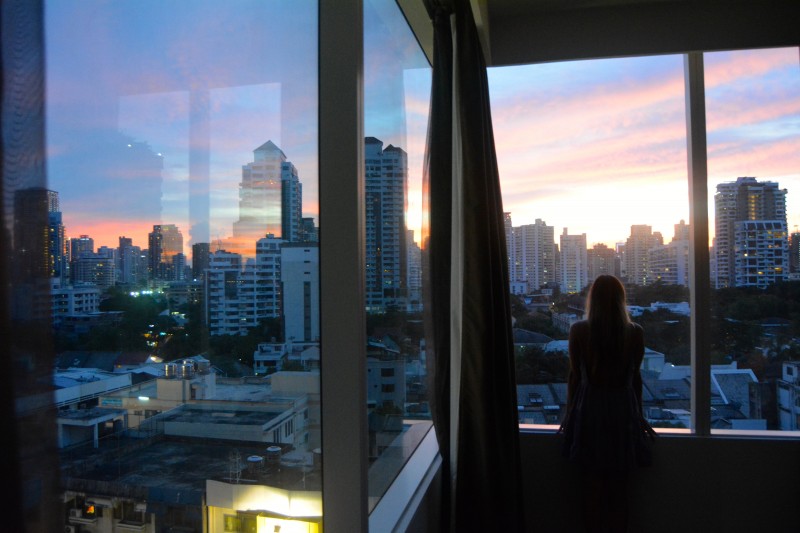 During the week Peter would go to the Hive—a shared work space.  I did a TON of blogging.  I wrote a total of 31 posts during that time in Bangkok.  Mornings I would walk to Soi 38 and grab my favorite breakfast of fresh mango and coconut. 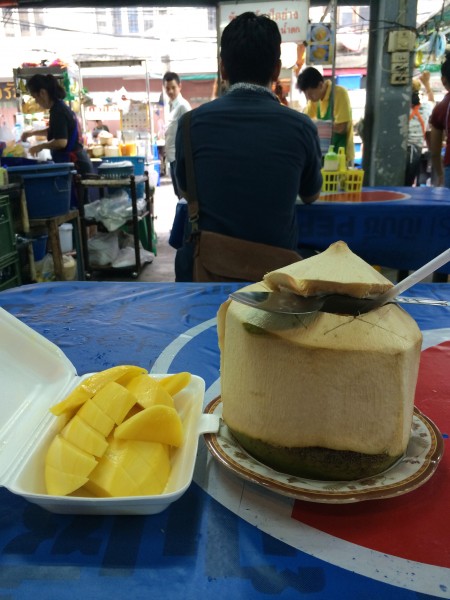 At night we would go to a nearby restaurant or order food in.  We would watch TV and get to bed early.  It felt great to slow down. 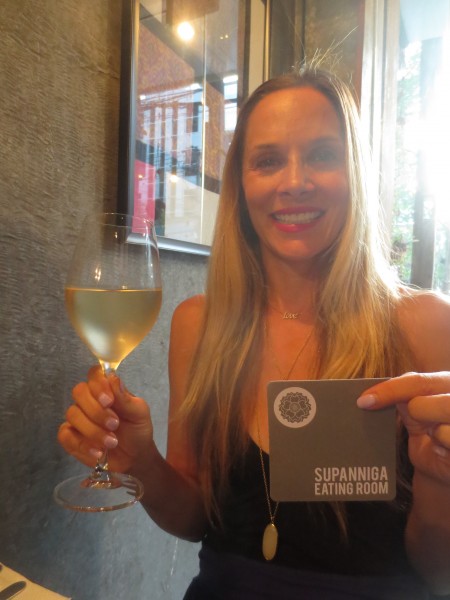 Just downstairs from our hotel was a restaurant called Perfume Fragrance bar where we would go sit on the patio and listen to live music.  I started an undeniable love for passionfruit martinis here.  Sadly since then the bar has been relocated and a steak house has moved in.  Things change quickly in Bangkok. 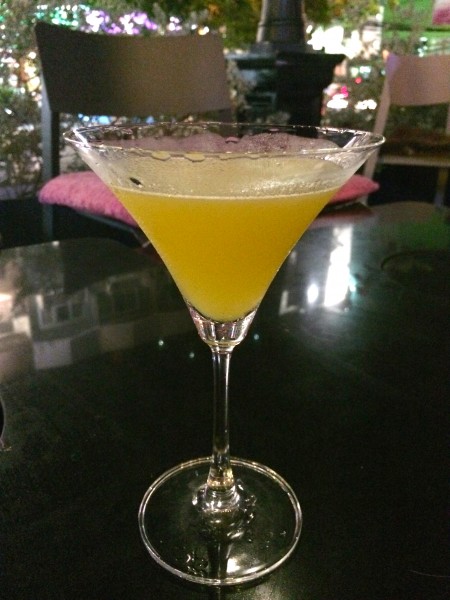 There were a couple big highlights this trip.

I made some new friends.

On our last trip in Bangkok I had been introduced to Preeti, a friend of Andrew’s.  This time Andrew wasn’t around so I reached out to Preeti and we had some great fun going out to dinner, brunches, and as always having uninhibited girl talk.  Both of us being deeply spiritual we were able to engage in some really wonderful conversations.  Preeti is always fun, in a good mood, has a wicked sense of humor, and seems to be friends with EVERYONE.  Whenever we go out together at least 10 people come over and say hi.  People love her.  I learned why on this trip.

I also met the other Peter Fotheringham.

So now I was getting my chance to meet the other Peter Fotheringham rounding out the surname crew to three.  I was almost a little shocked at how charming he was.  I know I shouldn’t have been with a name like that.  It really was uncanny and a bit bizarre at how simpatico they were and how much I also enjoyed him.  He reminded me of all the other good friends that Peter has.  He’s really smart, driven, hilarious, and so easy and enjoyable to be around.  How does a person meet online and then in person have that much chemistry?  I guess that’s why eHarmony works.

Will the real Peter Fotheringham please stand up? 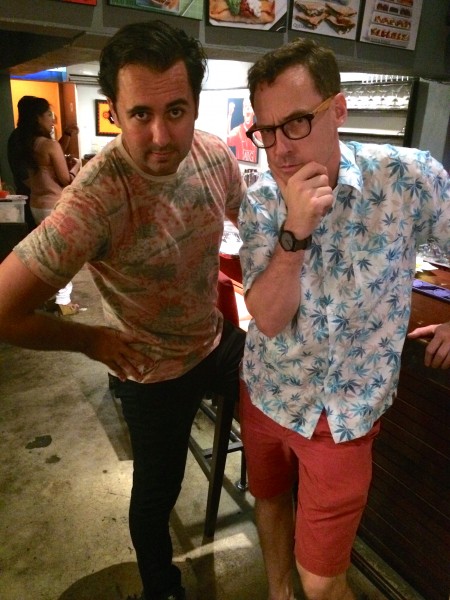 Over the course of our time in Bangkok we were able to see Peter and his girlfriend Myette (now fiance!) a handful of times.  Myette is also someone I immediately liked. 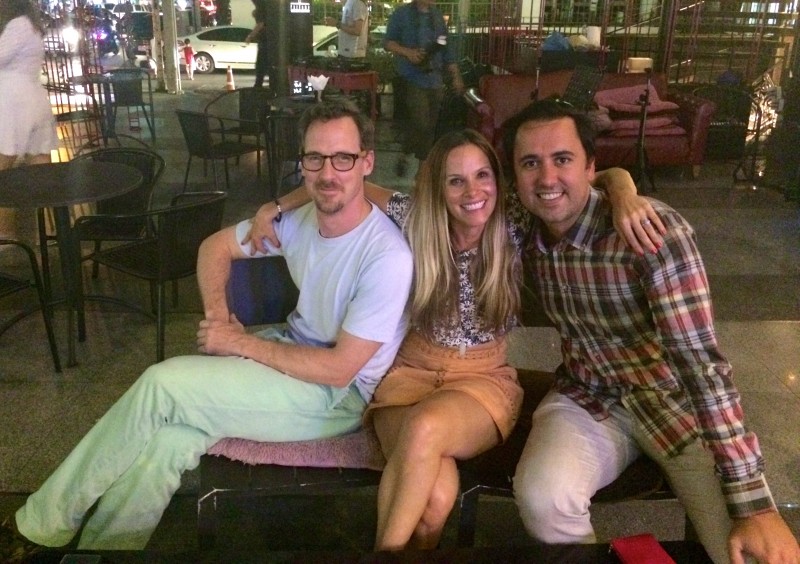 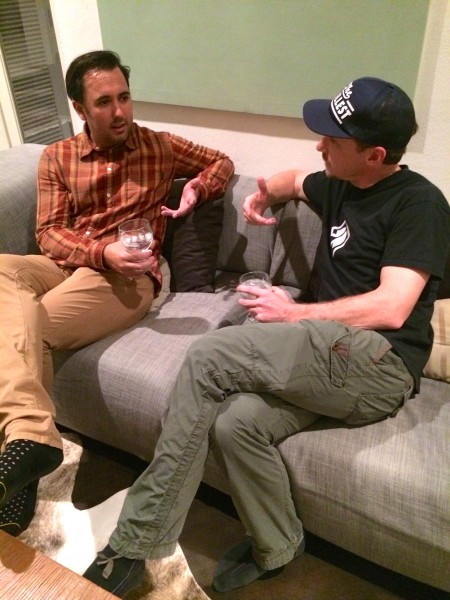 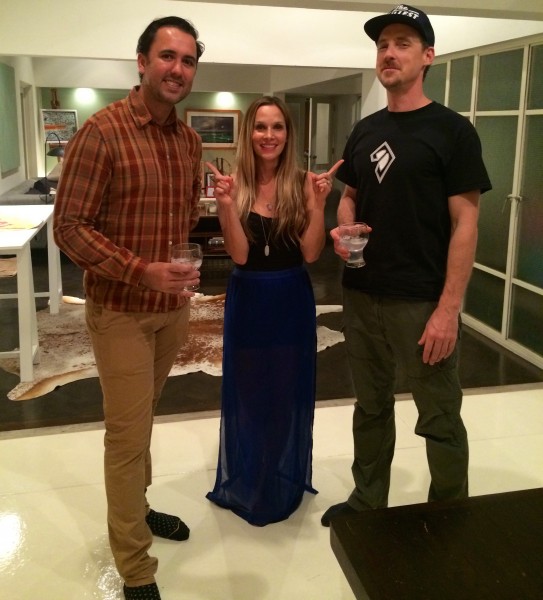 Shortly before we left Bangkok for just a quick stop in Manila, we joined Peter and Myette for their going away party.  They were both moving to Mexico City where they had procured teaching jobs.  They had a big group of friends gather at Cheap Charlie’s.  I’m not sure if I have heard a group of people saying nicer things about two people in my life.  It was so heart warming and from what I had already gathered from Peter and Myette, I wasn’t surprised.

During the party Peter and I stole them away for a quick moment and took them to a nearby Mexican restaurant for a shot of tequila.  We had to give them the proper Mexico send-off. 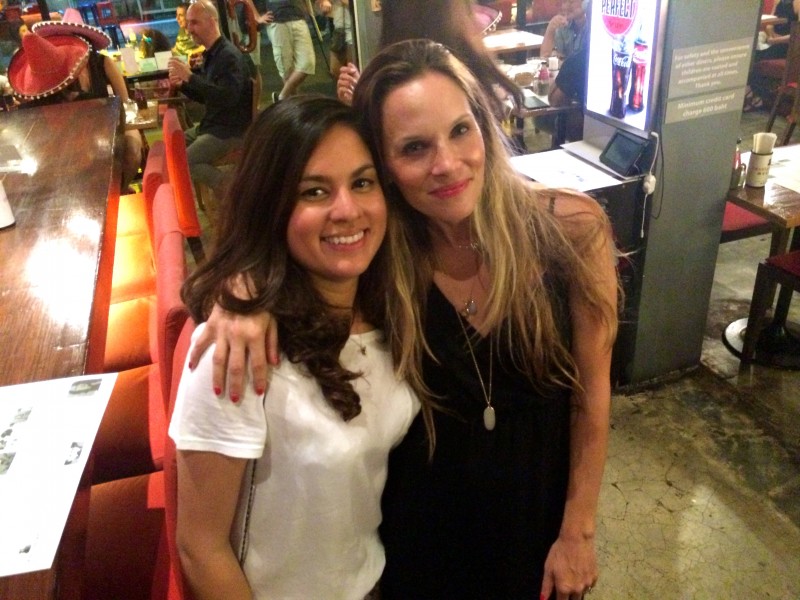 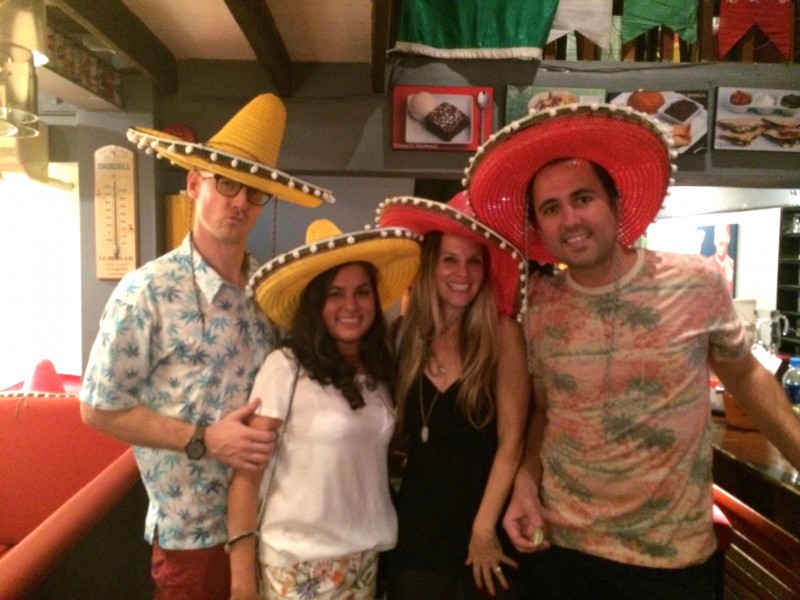 We knew we would see them again because when it comes to both Peter Fotheringham’s you never know where in the world they might pop up .  Foreshadowing.

Another special thing occurred during our time with Peter— he introduced us to the lovely, affable, and benevolent couple of Paron and Matt.  More to come on them on a later trip to Bangkok.

Peter and I were off to Manila for a quick work trip and then we would be back to our second home once again.

The morning we caught our flight I stopped in at a newsstand where I picked up the Glamour magazine that I was featured in.  I excitedly purchased it from the lady behind the counter and enthusiastically exclaimed to her, “that’s me, that’s me!”  She couldn’t have cared less.  I might as well have told her that I just watched paint dry.

Next: Manila for a brief work trip then back “home.”

Thanks as always for following along. 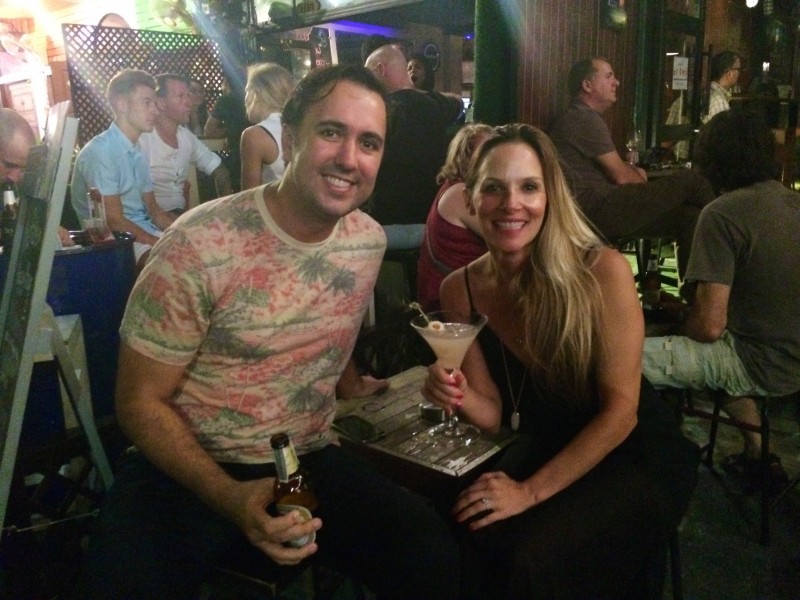